What is the Hatch Act and Why Do People Keep Accusing Each Other of Violating It? 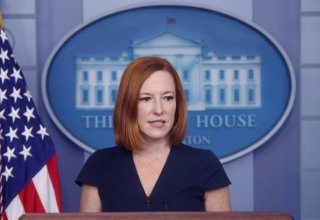 The accusation came after Psaki suggested during a press briefing that the Biden administration would support Virginia Gov. Terry McAuliffe, a Democrat, in his bid for re-election against Republican nominee Glenn Youngkin. Psaki told assembled reporters that “we’re going to do everything we can to help former Governor McAuliffe, and we believe in the agenda he's representing."

These remarks raised eyebrows on Capitol Hill, and McEnany highlighted them as a potential Hatch Act violation—the second of Psaki’s tenure—after she tweeted in February that the Biden administration “clearly opposes any effort to recall Gavin Newsom.”

“Why does the media not hold @PressSec accountable for potential Hatch Act violations?” McEnany asked. “She has twice advocated for political candidates from the podium.”

“There is no problem in engaging in First Amendment political activity,” the former press secretary clarified, “but it must be done separate and apart from the podium.”

The Hatch Act, officially the “Act to Prevent Pernicious Political Activities,” was first passed in 1939 by then-Senator Carl Hatch (D-NM). The act was passed in response to accusations that Democratic Party officials had mobilized workers for the Works Progress Administration, a federal employment program, to campaign for Democratic candidates in swing states.

The law specifically carves out the President and Vice President, which allowed President Barack Obama to stump for Hillary Clinton in 2016 and President Donald Trump to campaign for down-ballot Republicans in 2018 and 2020.

However, other federal civil service employees, including White House staff, are not exempted from the law and can face harsh penalties, up to and including termination, if they are found to have violated it.

This could spell trouble for Psaki, who was accused of a Hatch Act violation by the nonpartisan government watchdog group Citizens for Responsibility and Ethics in Washington (CREW) on Friday.

Psaki has not responded to the allegations, although her supporters have highlighted a number of times that McEnany was herself alleged to have violated the Hatch Act—most prominently by taking on a dual role as Trump’s campaign adviser in 2020.

A separate possible violation was Trump’s use of the White House as the stage for his acceptance of the 2020 Republican nomination during its virtual convention.