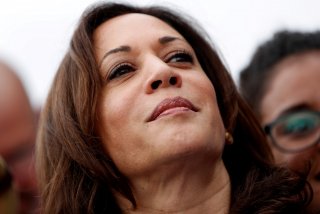 With his decision to select Kamala Harris, Joe Biden didn’t simply play it safe, though he did. He also administered a shot of adrenaline to his campaign. Biden may be leading Trump by 10 points in national polls but his campaign has been distinguished less for everything it does than what it does not. Maybe things are changing. Biden was smart to string out his choice of vice president. He created the kind of artificial sense of suspense that Trump is usually a master of and will get several days of publicity out of his pick.

Harris, who was born in 1964, will bring a lot of energy to the campaign. She’s a fighter with star power that Trump, a keen judge of such matters, commented on admiringly during the recent Democratic primary. She lashed into Biden during the campaign over school busing—in demagogic fashion, it must be said—but also displaying the kind of fervor that Biden will be looking for as he tasks his running mate to assail Trump. As a lukewarm progressive with a background as a prosecutor, she will more than likely appeal to the suburban women voters that both campaigns are frantically wooing.

As a Senator, she’s already been vetted in the public eye and is unlikely to have any more skeletons in her closet. Karen Bass of El Jefe fame, by contrast, would have been a political nightmare. Susan Rice has no political base. Val Demings does not possess a surfeit of political experience. And Stacey Abrams and Elizabeth Warren are both left-wing firebrands. To some extent Biden followed the political version of the Hippocratic oath: first, do no harm.

Trump will doubtless excoriate Harris but she will serve as a distraction from Biden. The more Trump attacks her, the less he will be focusing on what should be his real target. In choosing Harris, however, Biden is making it clear that he really does intend to be a transitional president. Kamala may well overshadow him during the campaign in many ways. He seems fine with that. Had he picked a less credentialed candidate, he might have signaled that he’s in it for two terms. By turning to Harris he is signaling that the future of the Democratic Party is now.