What Your Child Tax Credit Stimulus Check? Do This: File Your Taxes. 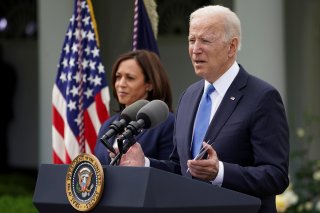 The IRS and Treasury Department pushed back the April 15 tax-filing deadline to May 17, just three days away, but millions of people are scrambling to file in a last-minute effort to submit theirs on time.

This year, however, it’s especially important that parents file their taxes on time.

“This year the government is going to prepay the child tax credit,” Timothy Ness, the owner of Ness Tax & Bookkeeping, told KELO-TV, a local station based out of Sioux Falls, S.D.

Ness added, “You’ll start to see checks of around $300 probably direct deposited on your account to prepay a credit that normally appears on your tax return.”

President Joe Biden’s American Rescue Plan boosted the child tax credit from $2,000 to $3,000 and allowed parents with children under the age of 6 to qualify for $3,600. The measure also permits parents of children at an age of 17 be eligible for a tax credit.

The IRS reported that the tax credit will be sent out over the summer in intervals, rather than in just one, big payment. Taxpayers will get half of the credit in monthly cash payments from July through December, which could be between $250 to $300 a month for each eligible child.

It’s also important to file on time if a person has had a baby or adopted a child over the last few months.

“By filing a tax return by May 17th, this allows the government to know how many children are in your home,” Ness told the station.

But Ness noted that some parents may want to opt out of the prepayment program.

“Many people rely on the child tax credit to offset tax, so if you receive this payment early, you could end up owing money at the end of the tax season,” Ness said.

It’s also important to check the filing status of tax returns, as the tax credit payments are largely based on agency estimates on information like income, marital status and the number of dependents. If the data is not up to date, recipients of the credit could owe loads of money.

IRS Commissioner Charles Rettig told the Senate Finance Committee last month that the agency is planning to create an online, interactive portal for parents to offer any family or income related changes.

Similar to the qualifications for the stimulus payments under relief package, individuals earning up to $75,000 are eligible for the full enhanced credit amount, as well as joint filers making up to $150,000 and heads of households earning up to $112,500. The amount will then drop by $50 for each $1,000 in income above these thresholds.

Experts are heavily encouraging Americans to file taxes even if they don’t normally do so, so that they can receive all of the pandemic-related benefits.

“The stimulus payments are good for everybody, even traditional non filers are encouraged to file so that they can receive stimulus money,” Ness said.