When Will Retirees Actually See Their COLA Raises for Social Security Benefits? 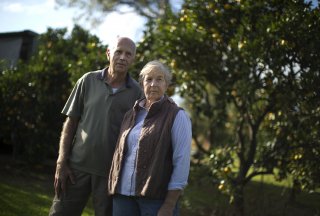 As many senior citizens are now aware, the Social Security Administration (SSA) has already confirmed that it will indeed go ahead with a 5.9 percent cost of living adjustment (COLA) for 2022.

That sizeable bump—the largest boost to the benefits seen in forty years—is slated to give beneficiaries much-needed bigger monthly checks. Just exactly how much? According to the SSA, the new COLA will raise monthly payments by about $90 to an estimated average of $1,657, and a typical couple’s benefits will climb by approximately $150 to $2,754 per month.

With this in mind, will retirees have to wait long to get their hands on these fatter checks? The good news is that most won’t have to worry, as the COLA goes into effect with the December benefits—but those checks will be paid out in January.

In addition, for those wanting a more exact date on when the checks will arrive, know that the payment dates are determined by the recipient’s birth date.

However, despite the bigger checks, some experts are nervous about whether retirees will be able to stay ahead of the current red-hot inflationary environment.

“We are still going to see this tremendous problem with prices increasing faster than the COLA. Even with that 5.9 percent COLA, inflation through November was up 6.8 percent for the past twelve months, and it looks like economists are forecasting that may continue,” Mary Johnson, the Social Security and Medicare policy analyst for the Senior Citizens League, told CBS News.

“So, retirees, anybody living on a fixed income, need to be aware that the 5.9 percent may look like a bigger increase than we’ve ever gotten,” she added. “But once they go through their household budget, they will realize it still won’t pay for all the increasing bills.”

“Retirees should take the Senior Citizens League’s warning to heart and not assume their high COLA will actually allow them to maintain the same spending habits without any lifestyle changes,” according to the website.