Which Consumers Are Feeling Brunt of High Gas Prices? 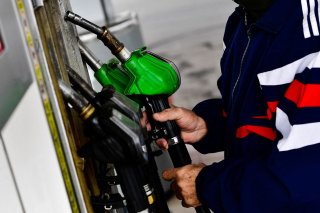 The summer driving season isn’t even here yet, but gas prices continue to stay at record levels and will likely do so for the foreseeable future.

Per AAA, the national average for unleaded gasoline on Thursday was $4.23 per gallon, which was down $0.05 cents from last week and $0.10 cents below the recent all-time high. However, some experts are now contending that Americans should brace themselves for even more pain at the pump as prices could soon be on the northward trend once again.

“I think $5 could easily be achieved here if the situation continues to worsen,” John Kilduff, a partner with Again Capital, told CNBC. “In California, I’ve seen $7 at some stations.”

The price of gas is indeed the same for all Americans, but according to a new report on February data from Morning Consult, there are stark differences on which consumers it affects the most. The report, per CNBC, which showed that month-over-month spending on gasoline rose 13 percent in February from the previous month, contends that those who earn $50,000 or less annually are bearing the brunt of soaring fuel prices.

“Lower-income adults are really feeling these gas prices; they’re having to cut back on discretionary spending,” Kayla Bruun, economic analyst at Morning Consult, told the business news outlet. “The highest-income earners, those earning $100,000 per year or more, were actually able to increase their purchases and celebrate the end of Omicron, to a certain extent, in February,” she continued.

Lower-income households were also found to be more impacted by rising rental prices and groceries. Those who earn less than $50,000 per year allocated more than 15 percent of their total spending toward groceries compared to 12 percent for the highest-income earners, the report added.

Morning Consult’s findings appear to be in line with a separate analysis conducted by University of Pennsylvania’s Wharton School showing that low-income Americans are struggling the most due to high inflationary pressures. “Higher-income households saw their earnings rise by more than their cost of living, while the lowest-income households (below $20,000) saw their earnings rise by only one third of their increase in cost of living,” the researchers wrote.

This means that the lowest-income households saw an average annual income increase of $578 last year but costs for expenses climbed $1,837.

Overall, the average U.S. household last year had to spend approximately $3,500 more to pay for the same goods and services. The lowest-income households had to pay about $2,000 more, a nearly 7 percent increase, while those earning more than $150,000 had to pay about $5,800 more, or 6.1 percent.

There is a “divergence in inflation experiences across income groups,” Rodney Ramcharan, a professor of finance and business economics at the USC Marshall School of Business, told Fortune.