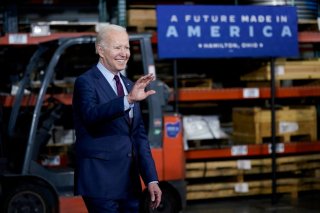 The White House on Monday announced that it has secured commitments from twenty major Internet providers, including Comcast, Verizon, Charter/Spectrum, and AT&T, to “lower high-speed internet costs for millions of American families.” Those providers offer service in around 80 percent of the United States, the announcement said.

It’s an initiative that grew out of last year’s Bipartisan Infrastructure Law, which created the Affordable Connectivity Program (ACP). The twenty providers have all agreed to “either increase speeds or cut prices, making sure they all offer ACP-eligible households high-speed, high-quality internet plans for no more than $30/month.”

The effort also includes the launch of a new website called GetInternet.gov. The site allows users to sign up for the ACP and contact their local provider. Some states and cities, including Philadelphia, New York City, Michigan, and Massachusetts, have signed up to participate. The likes of the United Way, Goodwill, Catholic Charities USA, and UnidosUS are also partners in the effort.

And the service will be faster, too, according to the announcement.

“For example, as part of this initiative, Verizon lowered the price for its Fios service from $39.99/month to $30/month for a plan that delivers download and upload speeds of at least 200 Megabits per second, and Spectrum doubled the speed of the $30/month plan it makes available to ACP participants from 50 to 100 Megabits per second (download),” the White House fact sheet for the program said.

Per CNBC, the program amounts to “effectively free” Internet service for as many as twenty million Americans.

Not everyone was so thrilled with the White House’s announcement. The group known as MediaJustice issued a statement drawing attention to the lack of movement on the president’s nominee for the Federal Communications Commission (FCC).

“Instead of applauding corporations that continue to fail families needing to stay connected to healthcare, jobs, school, and one another through the pandemic, President Biden should be applying pressure to Senate leadership to confirm his Federal Communications Commission nominee Gigi Sohn. While Sohn’s confirmation has stalled for over six months, preventing the full functioning of the FCC, these Internet Service Providers watched their profits rise as 21 million Americans go without home broadband. These companies don’t need a White House ceremony, they need the oversight and regulation that only a complete FCC can provide,” the statement read.

“There is no shortage of crucial items piling up for the FCC’s agenda that we demand be addressed. President Biden’s efforts have not been nearly enough and we urge him to work with Senator Schumer to get the votes necessary to confirm Sohn now and get the FCC fully running,” MediaJustice added.