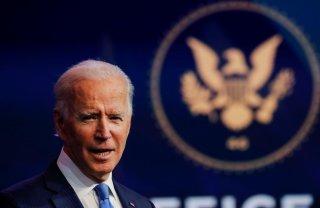 The White House recently promoted an online tool allowing low-income Americans to arrange to collect their child tax credit payments. But now, per a new report, the White House has put the portal “on ice.”

According to Politico, the Biden administration has “reluctantly concluded that it cannot allow them to use the portal to claim billions in child payments now being distributed by the IRS because it will cause too many problems with the tax-filing season.”

The “non-filer portal” tool was for people who do not earn enough money to file tax returns to register for the remaining money from the child tax credit. But the White House ultimately concluded that using the portal in conjunction with tax season would create “chaos” at the IRS. Now, low-income filers are asked to fill out a tax return after all.

The agency has already said that it is underfunded and understaffed as tax season approaches this spring, which could lead to delays in tax refunds. This follows the debacle about a month ago in which the IRS dropped ID.me, the facial recognition firm, over concerns over its requirement of “video selfies” for ID verification.

The portal will reopen April 18, after the filing deadline, the Politico report said, with another publicity campaign set to launch that month as part of “an all-out push.”

The White House had touted the non-filer portal as recently as February.

“We are still deeply committed to ensuring low-income Americans can get their Child Tax Credit,” Gene Sperling, an economic adviser to the White House, said in the Politico story.

The White House had launched the app last fall and encouraged its use, although they soon noticed that people were using the non-filer portal when they had in fact filed.

“Last year, since the filing season had already ended, those mistakes were kind of no harm, no foul,”  Sperling told Politico. “But if that happened at the beginning of the filing season this year, these families would get through the Child Tax Credit portal, and then when they try to do their normal tax filings, they would look like they were trying to file their taxes twice.”

Representatives of Code For America, which developed the tool for the government, told Politico that the sudden shift is going to confuse people, especially those who have used the portal before.

“The full return has lots of challenges for non-filers who have a hard time navigating the process,” David Newville, a senior program director at Code for America, told the site. “It is a really high bar for some folks.”