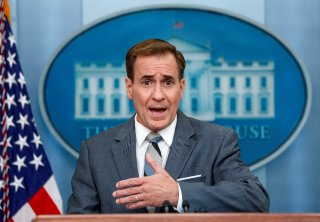 John Kirby, the National Security Council’s coordinator for strategic communications, confirmed during a White House media briefing on Friday that Russia has yet to respond to the “substantial proposal” that the Biden administration offered back in July regarding the release of basketball star Brittney Griner and former U.S. Marine Paul Whelan, Fox News reported.

When pressed as to why the Russian government hasn’t responded to the proposal, Kirby said, “If we had the answer to that question, we might already have a deal. I think that's a better question put to our Russian colleagues. We made a serious offer. We want them to accept it, frankly, these two individuals ought to be home anyway, period.” “But we understand that that's probably going to have to be the result of the negotiating process, one that we're willing to participate in honestly and fully, and we've been doing that. And we await them to take the offer that's on the table,” he added.

In late July, Secretary of State Antony Blinken acknowledged that the United States presented a “substantial proposal” to Russia for the release of both Griner and Whelan, two Americans who are classified as “wrongfully detained” by the Biden administration.

Moscow has officially stated that it seeks the release of convicted arms dealer Viktor Bout, who is currently serving a twenty-five-year prison sentence and once earned the nickname the “Merchant of Death,” as part of any potential prisoner exchange. It has also been reported that Russia had tried to add convicted murderer Vadim Krasikov, who is currently imprisoned in Germany, to the proposed swap.

On Thursday, White House press secretary Karine Jean-Pierre told reporters that, for the first time since their loved ones were detained in Russia, the families of Griner and Whelan would have the opportunity to speak to President Joe Biden in person. The president met with Griner’s wife, Cherelle Griner, and Whelan’s sister, Elizabeth Whelan, at the White House on Friday.

The Detroit Free Press reported that Whelan’s brother called the meeting “a kindness to our family.”

“I don't think it means anything has changed in regard to Paul's freedom,” he continued. “It reflects President Biden's continued concern about Paul's case.”

Whelan, a corporate security executive from Michigan, was sentenced to sixteen years in a Russian labor camp on espionage charges in 2020.

Griner, a Houston native who plays professional basketball for the Phoenix Mercury, was sentenced last month to nine years in prison for bringing less than a gram of cannabis oil into Russia. She was also fined 1 million rubles, or roughly $16,500.