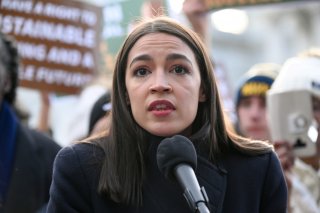 In the run-up to the election, President Donald Trump was called out for suggesting that the Green New Deal pushed by Rep. Alexandria Ocasio-Cortez (D-NY) and Sen. Ed Markey (D-MA) involved a change in the way buildings are constructed. President Trump suggested, “They literally want to take buildings down and rebuild them with tiny little windows.”

Windows are never actually mentioned in the fourteen-page Green New Deal TheHill reported, it isn’t hard to look past the hyperbole and to the facts. Going “green” could be expensive, labor-intensive, and confusing for many homeowners.

As a middle-aged married couple, my wife and I live in a modest ranch house in the suburbs of Detroit. The house is well constructed but in need of some upgrades. The windows in our house, which was built in 1958, are likely older than either of us, while the insulation in the attic probably has an “R-Value” (the rating of a material’s resistance to conductive heat flow) of probably around R-5. It was barely two-inches thick and like the windows were probably installed before my wife or I was born.

To anyone who thinks about the heating bill or saving energy it likely made sense to replace it. However, this reporter would advise anyone considering such a project to think long and hard about the costs and gains.

First, let’s address the biggest fact. Energy prices are low right now and there is little reason to think we could see a huge spike in heating costs. As we’ve lived in the house ten years since deciding that we had enough of New York City and moved to be closer to family, we have found that our energy costs have been lower than in the first years we moved in.

Cost-effective options like thicker blinds and curtains have helped cut down on the draft. These are also things we see and use on a daily basis as opposed to insulation, which after installing it in the tight attic space we hope never to see again.

Cost Plus Time and Labor

Given the age of our house’s roof, we decided this summer to replace it. Also given that we don’t know how long we’ll be in the house we opted for an affordable option. However, even with a lower-cost option, we were told by the multiple roofing companies that we met that we’d likely notice a difference in heating and cooling bills. It was also recommended we replace the insulation.

One of the companies offers that service and for our modest-sized house, it would cost $6,000.

There is simply no way that we’d ever live long enough to see the cost in savings from our heating or cooling bill. For $6,000 I estimated it would take fifty years to break even! That is something that the home improvement shows on PBS fail to mention when they tout the merits of “going green” and something those on Capitol Hill also fail to be upfront about.

Simply put, investing in energy savings would cost us a fortune.

Instead, we took on the project ourselves, while hiring a neighbor’s 20-something son and friend who install insulation as side “gigs.” They did most of the work.

Yet, the materials still cost well over $1,000. That’s far more modest for our modest-sized house than $6,000 but it will still take years to see the savings.

But does the house feel warmer?

That is a silly question. Insulation doesn’t make a house warmer. The thermostat controls the temperature and the furnace provides the heat. All that the insulation does is help maintain the heat inside the house. At this point, I can say I can turn the thermostat down and so far the heat hasn’t kicked on until I raise it in the morning.

But it is October in Michigan, not January in Northern Alaska! While the temperatures have been chilly, they haven’t been winter level cold. Time will tell, but as for savings I doubt I’ll really see that much improvement.

The other factor is the windows—which could cost thousands of dollars. Again, it would be far cheaper to just notch up that thermostat instead.

Disposal was another issue. We pulled out nearly thirty garbage bags of old insulation. It wasn’t doing very much as insulation, but now it is a problem on another level. When we called the local waste disposal company we were told there would be a charge to remove it.

So the roughly thirty bags went to the curb.

Then we were called back and told the local service doesn’t take old insulation. I spend an hour calling around and finally, my wife found a service that would take it for around $125. Almost comically, the garbage men seemed not to get the memo and took it—so that was about the only saving grace in this debacle. Whether the insulation will end up in a landfill will no doubt be an issue to some. To me, it is someone else’s worry.

But it is worth considering. How “green” is it to tear out the old insulation if we can’t properly dispose of it? For the past ten years, it was no one’s problem and now it might be one.

Been Down This Road

This isn’t actually our first time going green. A few years ago our washing machine broke, and we opted to buy a “high efficient” machine as a replacement. After using it now for well over three years I have found that there is nothing efficient about it.

To get the clothes clean we need to do smaller loads or use a pre-soak, deep water, and extra rinse. Looking through water bills and considering summer months as well as winter months we’ve actually seen the water usage increase not decrease. While this can be the result of other factors such as longer showers, running the dishwasher, washing the car, watering the lawn, etc. the truth is that the last three years have seen a general increase and not one billing period has been lower than any previous periods during the same time of year.

That suggests that either there are a lot more showers or the washing machine hasn’t helped. Likely in my mind, it has required more water. We’re running more loads, with those extra rinse cycles and deep water.

Worse still is the fact that this washing machine runs longer, which means it is using more electricity. Yet, the big box stores push the merits. But a closer look is if we go with the quick cycle and forgo the pre-soak, etc. That is a little different from trying to reduce the calorie intact in a candy bar by suggesting it is now two serving sizes.

Meanwhile, this washing machine costs more as well for the privilege of having a machine that doesn’t do as good of a job.

That is the game that liberals play. I should buy a more expensive washing machine to wear clothes that aren’t as clean, and spend my money on insulation to save energy.