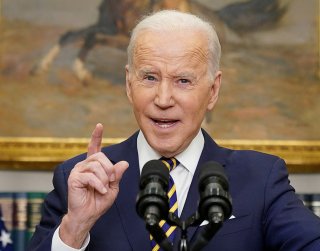 During his State of the Union address last week, President Joe Biden did not take time to talk about student loan forgiveness.

However, per CNBC, White House Chief of Staff Ron Klain stated that another pause to the payments could be in the cards and that a wide-ranging cancellation of the loans remains on the table. The loan payments have been on pause—for a fifth time over the course of the two-year-long pandemic—since March 2020 and are expected to start back up again in May.

“The president is going to look at what we should do on student debt before the pause expires, or he’ll extend the pause,” Klain said late last week on the podcast “Pod Save America.”

Many borrowers and Democrats have grown frustrated by the fact that Biden has made little headway in canceling student loans. During his presidential campaign, Biden promised to wipe out $10,000 per borrower.

With May just a couple of months away, polls have shown that a vast majority of pandemic-hit borrowers are highly concerned about being able to afford their payments.

According to one survey of more than 23,500 student loan borrowers by the Student Debt Crisis Center, 93 percent shared such sentiments that are being largely driven by high inflationary pressures and the ongoing pandemic.

“We have followed the experiences of student loan borrowers for over two years and we are saddened to report their circumstances are getting worse,” Natalia Abrams, president and founder of the Student Debt Crisis Center, said in a statement.

“Our findings show that the ongoing pandemic combined with unprecedented inflation are huge obstacles for borrowers who are, by and large, not ready to resume payments, struggling to afford basic needs, and confused about their options moving forward,” she continued.

Abrams then called for a “broad debt cancellation to repair the harm caused by this crisis and a roadmap to help borrowers navigate the uncertain future.”

Nearly 16,000 student loan borrowers who attended certain for-profit schools did receive some good news a couple of weeks ago when the Education Department announced that it would cancel $415 million in federal loans.

One school that was included on the list was DeVry University, which, from 2008 to 2015, falsely claimed that 90 percent of its graduates were able to land jobs in their particular fields of study within six months of graduation.

“The Department remains committed to giving borrowers discharges when the evidence shows their college violated the law and standards,” Education Secretary Miguel Cardona said in a statement.

The Education Department, to date, has canceled a total of approximately $2 billion in borrower defense claims from more than 107,000 individuals.