Will Biden Legalize Marijuana Before the Midterms? 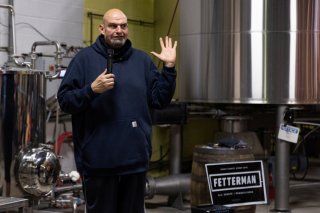 The recent announcement by the White House that the government will forgive some student debt has been seen as an example of the sort of government action that wasn’t even on the radar just a few years ago but eventually became a reality, due in part to activist pressure.

Now, some are asking: Could marijuana decriminalization be next?

This week, Pennsylvania Lt. Gov. John Fetterman, the Democratic candidate for a U.S. Senate seat in that state, called on the president to use his powers to remove marijuana from its current classification as a Schedule I drug, Politics PA reported.

“It’s long past time that we finally decriminalize marijuana,” Fetterman said, per the report.

Biden plans to spend Labor Day in Pittsburgh, and Fetterman intends to be there as well.

“The president needs to use his executive authority to begin descheduling marijuana, I would love to see him do this prior to his visit to Pittsburgh. This is just common sense and Pennsylvanians overwhelmingly support decriminalizing marijuana.”

“I don’t want to hear any bullshit coming out of Dr. Oz’s campaign trying to conflate decriminalizing marijuana with seriously harmful crime,” Fetterman said in the interview. “Are we supposed to believe that neither he nor any members of his staff have ever used marijuana? As mayor of Braddock, I made it my mission to combat serious crime. I know firsthand what real crime looks like. Marijuana does not fit the bill. It’s time to end the hypocrisy on this issue once and for all.”

Is there much chance of a change on the federal level? That’s not clear.

Sen. Charles Schumer (D-NY), the Senate Majority Leader, declared last year that he supported legalizing marijuana, despite feeling differently earlier in his career. It was clear at the time, however, that the president was reluctant to go along with such a change, even if he did hint during the 2020 campaign at a willingness to entertain decriminalization at the federal level.

“I want to make my arguments to him, as many other advocates will,” Schumer told Politico last year. “But at some point, we’re going to move forward, period.”

“The legalization of states worked out remarkably well. They were a great success. The parade of horribles never came about, and people got more freedom. And people in those states seem very happy,” Schumer added.

The White House was also asked this week about the issue.

“As I’ve said before, the president supports leaving decisions regarding legalization for recreational use up to the states, rescheduling cannabis as a Schedule II drug so researchers can study its positive and negative impacts and, at the federal level, he supports decriminalizing marijuana use and automatically expunging any prior criminal records,” White House Press Secretary Karine Jean-Pierre said in a briefing this week. “We don’t have anything to announce today at this point but just wanted to lay that out for you.”