Will Inflation Bring the Enhanced Child Tax Credit Back? 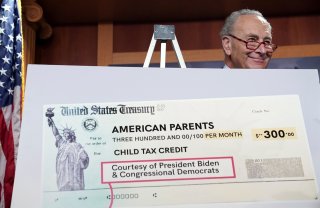 About 35 million American families have been forced to face a new reality of fast-rising child care costs in 2022 without monthly payments from the enhanced child tax credit.

Between July and December 2021, the American Rescue Plan-approved enhanced credits provided eligible families as much as $3,600 for a child under the age of six and up to $3,000 for children between ages six and seventeen. This amounted to a $250 or a $300 payment for each child that was disbursed to parents each month.

These families can now claim the second half of their credits by filing a 2021 tax return.

As the child tax credit ended, families with about 61 million children have been forced to confront surging inflation that has hit nearly 8 percent year-over-year.

It is against this backdrop in which Elaine Maag, a senior fellow at the Urban-Brookings Tax Policy Center in Washington, D.C., is calling for the continuation of the enhanced child tax credit.

“Over the past several months, consumer prices have risen across the board, especially for basic needs like food, gas and shelter,” she wrote  in an op-ed for CNN Business. “And low- and middle-income families are getting hit the hardest. Not only do they spend a larger share of their income meeting basic needs, they tend to have less savings to help cushion the blow of higher prices.

Maag also noted that a key advantage of these enhanced credits was that parents had full control of the funds, meaning that they could use them to best meet their own families’ needs.

“Several studies show that providing cash to families can provide stability and improve overall health and well-being,” she wrote. “And that's exactly what the enhanced tax credits did.

“Shortly after the monthly payments began, food insecurity for families with children dropped by more than one quarter. Families reported using their monthly payments to purchase food, clothing and utilities—and over one-third of very low-income families used the payments for rent.”

Now, with the enhanced credits in the rear-view mirror, Maag claimed that child poverty has skyrocketed by more than 40 percent.

“This effect is being exacerbated by the highest rate of inflation since the early 1980s, putting extra pressure on low-income households who just lost a key source of financial support,” she said.

“Thanks to data from last year, we know that bringing back the enhanced CTC would reduce child poverty and provide crucial cash support to low-income households, without much interruption to work as some fear. Add to that the potential for the credit to blunt the harm of high inflation, and reinstating last year’s child tax credit enhancements couldn’t come at a better time,” she concluded.