Will Joe Biden Run for Reelection in 2024? 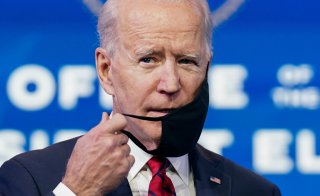 As inauguration day approaches, speculation has sprouted over whether President Donald Trump will ignite a reelection campaign for the 2024 White House race.

Other GOP candidates, however, have emerged into the national spotlight recently, as Trump’s support for a 2024 run tanked after the deadly siege on the U.S. Capitol last week from his mob-like followers.

But as all of Capitol Hill will flip blue in the next week, it’s important to consider whether President-elect Joe Biden will attempt a second term in the commander-in-chief spot—potentially igniting a familiar political battle between Trump and Biden.

Now, although Biden has never explicitly said he’d be a one-term president, many have assumed that he’d only serve for four years and let another Democratic figure, like Vice President-elect Kamala Harris take the reins of the party.

“I don’t expect him to rule out running for reelection any time soon. It serves no political purpose to turn himself into a lame duck, and he’ll want to see how the 2024 environment is shaping up before making that announcement,” Jonathan Krasno, a political science professor at Binghamton University, said. “If he’s confident that another Democrat, most likely Kamala Harris, can win, I think he’ll wait until it makes most sense for her unannounced campaign to make that public.”

But the president-elect’s modest electoral wins against Trump in Wisconsin, Michigan, Pennsylvania, Georgia and Arizona—states that the president easily won in his 2016 race—have Democrats engaged in Biden’s ability to swing voters away from Trump’s MAGA coalition.

Biden has, however, hinted that he’d be a transitional candidate, bringing the United States into an era of healing and unity after experiencing several crises that have left Capitol Hill and voters on both sides of the aisle divided and preaching resentment.

“Even Biden referred to himself as a transitional figure and has described his decision to run as a response to specific political challenges he thought that he was uniquely suited to address,” Krasno added.

And there are concerns that his age will act as a barrier, as the oldest man elected to a second term as president was Ronald Reagan in 1984, at the age of seventy-three. If Biden were to run in 2024, he would be eighty-two years old.

“There is a 24 percent chance that Pres[ident-elect] Biden will die before Jan 2025, which is when he would be inaugurated if he ran and won,” according to Michael C. Munger, political science professor at Duke University, and his calculations. “Add to that the chances of increasing senility and a stroke or some other physical event will rob him of vitality, and there is a good chance Biden will not serve a second term.”

Munger and other experts noted that while Biden will be old compared to previous presidents, a serious 2024 campaign for him will be largely dependent on his mental health and physical abilities.

“I expect that President-elect Biden will run again in 2024 if his health and physical stamina remain similar to what they are now,” Marjorie R. Hershey, professor emerita of political science at Indiana University-Bloomington, said. “I think age is often considered a barrier in politics, but it’s a selective barrier; President Trump is just four years younger than Biden, but Trump’s age is rarely mentioned as a problem in his having run for reelection.”

Hershey noted that the “important question” is whether the candidate running for office “has the cognitive and physical capabilities to do the job well, not whether the average person of his or her age does.”

“Biden is more sharp than many his age, so age itself is not a problem,” Munger said. “But the job requires a lot of sleepless nights, and travel, and the ability to concentrate for long periods. Biden is on the edge of still being able to do the job.”

Experts also suggested that the President-elect might face primary challenges depending on his policies during his first term, especially from Sen. Bernie Sanders (I-Vt.) and Rep. Alexandria Ocasio-Cortez (D-N.Y.), leaders of the more progressive wing of the party, if they feel “he is not doing enough to move to the left,” according to Munger.

Regardless if Biden runs in 2024, it’ll be important to watch how he deflects from concerns over his age, as well as how he’ll navigate the polarized political climate.