Will Social Security Survive if Republicans Win the 2022 Midterms? 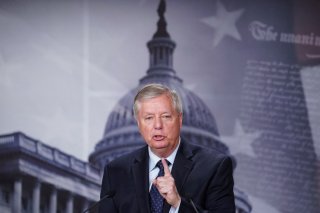 Democrats in both houses of Congress last week announced a bill to fund Social Security for seventy-five more years while also upping current benefits significantly. The bill was introduced by a group of senators that included former Democratic presidential candidates Sen. Bernie Sanders (I-VT) and Sen. Elizabeth Warren (D-MA), although whether such an ambitious bill can get through Congress in the current environment is another question entirely. In fact, Sen. Mitt Romney said last week that the bill will not receive any Republican votes in either house of Congress.

But what if the Republicans win control of one or both houses this November, as seems likely?

Sen. Lindsey Graham (R-SC) this week provided an indication of what could be expected, according to Politico,

The senator, in a debate with Sanders in Massachusetts, addressed “entitlement reform” as a goal, should the Republicans take control of Congress.

"Entitlement reform is a must for us to not become Greece,” Graham said in the debate. Graham did not elaborate on what he was specifically calling for, but calls for “entitlement reform” have usually entailed cutting expensive government programs in order to reduce deficits and debt.

Graham is only one senator, and it’s not clear if “entitlement reform” will be a major part of the GOP agenda in the event that it captures Congress.

But this follows the release earlier this spring of a messaging document from Sen. Rick Scott (R-FL), head of the Senate Republican Senatorial Campaign Committee, called “11 Points to Rescue America.”

Scott’s proposals have been interpreted by Democrats as ways to gut Social Security and Medicare, mostly due to a provision that would allow all federal laws to expire. Some Republicans, led by Senate Minority Leader Sen. Mitch McConnell (R-KY), have distanced themselves from the Scott plan.

“We will not have as part of our agenda a bill that raises taxes on half the American people and sunsets Social Security and Medicare within five years,” McConnell said in March.

Last week, Scott removed a provision from the document that called for those below current thresholds for paying federal income taxes to begin paying taxes, NBC News reported.

“Able-bodied Americans under 60, who do not have young children or incapacitated dependents, should work. We need them pulling the wagon and paying taxes, not sitting at home taking money from the government," the document now says, per NBC.