Will the Supreme Court Outlaw Affirmative Action in Admissions? 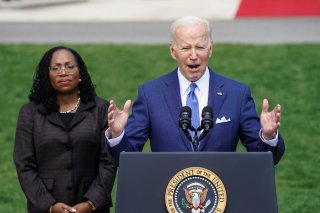 As the Supreme Court on Monday heard arguments over the use of race in college admissions for nearly five hours, a majority of the justices appeared ready to reconsider decades of precedent and rule that the programs are unlawful, ABC News reported.

According to experts, such a decision could jeopardize affirmative action at top colleges and universities across the country, likely reducing the representation of Black and Latino students and raising the number of Asian American and white students.

Attorneys for Students for Fair Admissions, the advocacy group challenging race-conscious policies at the University of North Carolina (UNC) and Harvard, argued that “racial classifications” should not be used in higher education. They also asserted that the spirit of Brown v. Board of Education, the landmark 1954 decision desegregating America's schools, requires race neutrality.

Meanwhile, the attorneys for UNC and Harvard tried to convince the Supreme Court that both schools’ admissions programs adhere to the court’s precedent that allows for the narrowly tailored use of race as one factor in the overall assessment of applicants.

At various points during the oral arguments, conservative justices went on the offensive against the lawyers.

“What do you learn from the mere checking of the box?” Justice Samuel Alito asked one UNC attorney.

Fellow conservative Justice Neil Gorsuch expressed concern that the goal of achieving diversity was similar to having racial quotas.

Justice Amy Coney Barrett, a former professor at Notre Dame Law School, appeared to be more sympathetic to consideration of what she called a student’s “experiential statement” that touched upon one’s race.

Meanwhile, liberal Justice Sonia Sotomayor questioned how college administrators are able to properly assess applicants from diverse socioeconomic backgrounds without considering race. “Sometimes race does correlate to some experiences and not others,” she said.

Justice Ketanji Brown Jackson argued that schools are “looking at the full person.” A university is not solely considering race “just because somebody checks a box,” she added.

With the arguments from both aisles now complete, the New York Times reported that the justices will cast tentative votes at a private conference in the coming days. It typically takes the court roughly three months after an argument to issue a decision. However, rulings in a term’s biggest cases often don’t arrive until late June—no matter how early in the term they were argued, the paper added.