Will Washington, D.C. Ever Become a State? 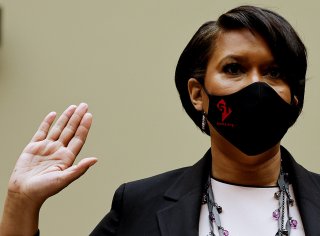 Washington, DC just moved one step closer toward becoming the fifty-first state, after the House Oversight and Reform Committee approved legislation on Wednesday involving the issue, sending the measure for a vote by the full House later this month.

The committee passed the Washington, D.C. Admission Act in a largely party-line vote, 25-19, energizing Democrats on an issue that’s become the centerpiece of the party’s voting rights agenda.

The legislation has 215 co-sponsors and is likely to pass in the House in another partisan vote, as all Republicans are expected to reject the bill.

“Congress can no longer exclude DC residents from the democratic process, forcing residents to watch from the sidelines as Congress votes on laws that affect the nation or votes even on the laws of the duly elected D.C. government,” Del. Eleanor Holmes Norton (D-D.C.), the bill sponsor, said Wednesday. “Democracy requires much more.”

But once the bill reaches the Senate floor, it might hit the chopping block, as the legislation needs to rally the support from sixty senators to advance and overcome a filibuster in the upper chamber. Democrats currently hold fifty seats, with Vice President Kamala Harris serving as the tie-breaking vote. It’s unclear, however, whether all Senate Democrats back the effort.

The Senate counterpart bill has a total of forty-four Democratic co-sponsors, a figure that’s fueled momentum among advocates, considering the statehood push first hit a brick wall in the House nearly three decades ago.

On Wednesday morning, Democratic Sens. Jon Ossoff (Ga.) and John Hickenlooper (Colo.) signed onto the Senate version of the bill, but two powerful moderate Democrats still have not indicated whether they will support the measure—Sens. Joe Manchin (W.Va.) and Kyrsten Sinema (Ariz.).

The statehood issue comes as advocates argue that the National Guard was unable to tame the civil unrest in the District following the police killing of George Floyd, as the Guard is under federal government control. Advocates have also pointed to the more recent event on Jan. 6, in which former President Donald Trump’s supporters invaded the U.S. Capitol building.

Republicans contend, however, that the other side of the aisle is reaching for a power grab since the area generally leans blue. GOP lawmakers also claim that authorizing DC statehood is unconstitutional, as it violates the twenty-third amendment that gives the region electoral votes for presidential elections.

The legislation would reduce the federal district to a two-mile scope that includes the National Mall, monuments, White House and other federal buildings. The rest of the city would become the State of Washington, Douglass Commonwealth, in honor of the abolitionist Frederick Douglass.