Would Invalidating ObamaCare Cause 20 Million Americans to Lose Coverage? 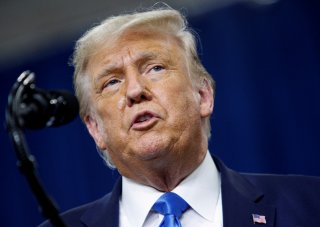 On November 10, the Supreme Court will hear California v. Texas. The case poses the questions of whether Congress’ decision to zero‐​out ObamaCare’s penalty for failure to purchase health insurance renders the law’s individual mandate unconstitutional under the Court’s 2012 ruling in NFIB v. Sebelius, and if so, whether the Court should strike down all or part of the law.

Associate Justice Ruth Bader Ginsburg, who died last week, was a champion of equality for women and a reliable vote to save the Affordable Care Act by rewriting it from the bench, as she and her fellow justices did in both NFIB and King v. Burwell, thereby transforming the ACA into ObamaCare. Her passing subtracts one such justice from the Court and raises the prospect that when the Court hears California v. Texas seven weeks from today, President Trump and Senate Republicans will have added a justice who is more inclined to striking down all or part of the law.

In my view, ObamaCare is a thoroughly unconstitutional and therefore illegitimate law, which unconstitutional revision by the executive and judicial branches have made all the more so, and which on balance reduces health care quality. Even so, in my view the plaintiffs in California v. Texas are wrong on the law, as were the lower courts that ruled in their favor. I hope the Supreme Court rules against them unanimously.

In the unlikely scenario that the Court instead uses this case to invalidate part or all of the law, ObamaCare supporters will have no one to blame but themselves. Time and time again, they have pressured the Court to elevate their political preferences above the rule of law. They have forfeited any right to complain if their opponents do the same. He who lives by terrible judging may die by terrible judging.

First, whether people would lose health insurance is irrelevant to the question of whether ObamaCare is unconstitutional. If it is constitutional, the Court should uphold it. If it is unconstitutional—and a legitimate case or controversy presents the Court with a chance to strike it down—the court should invalidate it. That’s how the rule of law works. (The moral is that if you want to offer people government‐​run health care, you’d first better make darned sure it can survive a constitutional challenge.)

Third, it is far from clear that “At least 20 million Americans…could lose health coverage right away.” Even if the Court rules the entire law is null and void effective immediately, underlying law and contracts would prevent many ObamaCare enrollees from losing coverage immediately. In some cases, they wouldn’t lose coverage until states took additional action.

While a few states (e.g., Michigan, Ohio) wrote “kill‐​switch” provisions into their Medicaid expansions, those provisions generally require action by state officials before they take effect. The main takeaway is that Medicaid‐​expansion enrollees likely would not lose coverage until state officials take the affirmative step of announcing they are not willing to shoulder their new, higher share of the cost of the program. This is significant. Every state in the union has the power to keep covering every last ObamaCare enrollee.

As for enrollees in “private” Exchange plans, private contracts and state laws would prevent many of them from losing coverage immediately. ObamaCare plan issuers enter into contracts with their enrollees that specify the circumstances under which those carriers can cancel coverage. I would be surprised if those contracts had “Supreme Court ruling” clauses. They no doubt have clauses that allow carriers to cancel coverage in the event that the enrollee fails to pay the premium, but some ObamaCare enrollees will be able to keep paying premiums for the duration of the plan year.

Moreover, a ruling that strikes down ObamaCare’s preexisting‐​conditions provisions could leave intact ObamaCare’s rules regarding cancellation for non‐​payment of premiums, which offer enrollees a three‐​month grace period. More significant than any of these factors, however, may be state laws. Prior to ObamaCare, states like Massachusetts, New York, and New Jersey had laws on the books that imposed even more stringent regulations than ObamaCare does. Many states limited the circumstances under which carriers could cancel coverage. And many states straight‐​up adopted ObamaCare’s insurance regulations as state law. If ObamaCare falls, those laws would kick in prevent many ObamaCare enrollees from losing coverage.

When even sophisticated ObamaCare supporters spit out the talking point that “20 million will lose their coverage” without examining any of these dimensions of the issue, it suggests the goal is not honesty or education but fear and intimidation. I haven’t seen anyone do the research necessary to determine how these factors would affect the number of people who would lose coverage if ObamaCare disappeared.

Again, I hope the Court rules unanimously against the plaintiffs in California v. Texas. But we do no one any favors by overstating the consequences of an incorrect decision.

(Post‐​script: ObamaCare supporters also offer the talking point that if the law disappeared, it would “throw healthcare markets, and 1/5 of the economy, into chaos.” Not only is this likewise immaterial, but there is a delicious tension between ObamaCare supporters’ well‐​worn denials that the law is a government takeover of health care, and these new claims that undoing the ObamaCare would be catastrophic for the entire health sector. Either ObamaCare is an incremental reform, or we are all utterly dependent it. ObamaCare supporters need to pick one one of those claims. They can’t have both.)