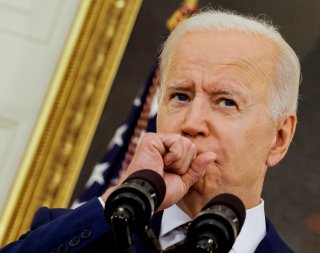 A recent survey has revealed that a majority of American workers have major doubts that Social Security will even be around when it is their turn to retire—and this sentiment has increased amid the ongoing coronavirus pandemic.

Nationwide’s 8th Annual Social Security Consumer Survey, conducted by the Harris Poll on behalf of the Nationwide Retirement Institute, found that 71 percent of American adults believe that the Social Security program will eventually run out of money.

Such fears were the highest among Gen Xers at 83 percent. Millennials came in at 77 percent, while baby boomers registered 61 percent. Moreover, nearly half of millennials believe that they “will not get a dime of the Social Security benefits they have earned.”

The poll, which included responses from 1,931 U.S. adults, further revealed that nearly 60 percent of Americans are now more pessimistic about the program running out of money following the start of the coronavirus health crisis.

The Social Security Administration’s (SSA) last official projection suggested that funds could take a major hit by 2035, at which point only 79 percent of promised benefits would be payable to eligible Americans.

According to the Nationwide report, “for decades, the pool of money was greater than the amount of money paid out in the form of (Social Security) benefits. As a result, there is also a surplus fund. But as of 2021, due to increased longevity and a decrease in the number of workers per beneficiary, Social Security will have to tap the surplus fund to meet its obligations.”

It continued with a stark warning by saying that “if changes are not made to the existing system, the surplus fund will be depleted by 2034. The original pool of money will still be funded by payroll taxes, benefit taxes and interest, but beneficiaries would begin receiving reduced benefits.”

However, a U.S.-based interest group focusing on issues affecting those over the age of fifty, recently reported that such fears might be overblown, according to AARP.

“As long as workers and employers pay payroll taxes, Social Security will not run out of money. It’s a pay-as-you-go system: Revenue coming in from FICA (Federal Insurance Contributions Act) and SECA (Self-Employed Contributions Act) taxes largely cover the benefits going out,” AARP said in a statement.

Social Security faces funding challenges. Congress must take steps to shore up Social Security’s finances just as it did in 1983, which was the last time the program nearly depleted its reserves, according to AARP.