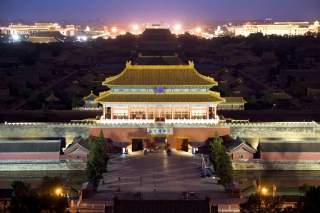 In The China Fantasy (2007), James Mann debunked the hopeful delusion of Western liberals: that a Chinese “middle class” would emerge to countervail centralized state power. Mann instead argued that China's development model had co-opted this tribe through inducement and suasion.

The Government Next Door by Luigi Tomba explains exquisitely how Beijing's policies have been instrumentalized at the local and neighbourhood level.

The Chinese state has built a compartmentalized and highly controlled system of local bodies which manage housing privileges, welfare and livelihoods. As Tomba says, “The liberalization of housing markets has resulted, somewhat counter-intuitively, in the use of residential space as a tool to facilitate a wide range of governmental interventions.”

An observant visitor to a Chinese city notices two things: high walls and security guards. Tomba saw that “Chinese planners, real estate tycoons, and citizens alike appear to share a passion for gated communities.” For the rich they provide relative autonomy and security, and promote powerful conservative ideals. The omnipresent guards reinforce cellular segregation, in what Tomba calls the “forting-up” of Chinese cities.

His fieldwork shows the chasm between large rich cities, especially Beijing, and the many poorer ones. The reason is simple: property. “Early access to privatization of housing has become a major discriminant” of wealth and status. The current and retired professionals of the state-owned enterprises (SOEs) see themselves as the deserving vanguard because of their professional skills and loyalty. This model middle class has been rewarded financially as well as with perquisites in education, welfare and healthcare. The 1990s privatization of danwei housing, often at knockdown prices, was the greatest windfall. Home ownership in pricey Beijing is 80%, more than two-thirds gifted to SOE employees. Almost 70% of SOE employees own one (and often multiple) homes. Tomba argues that “The middle-class strategy of the Chinese government has employed a redistribution of public assets...in a way that has greatly favored sectors of urban society with strong ties to the state.”

To this trusted elite, the state's hand is benign, and light.

By contrast, in deprived regions like the northeast rustbelt, “visibility, rather than invisibility, remains crucial to the governing strategy.” Community officers, volunteers and patrols sloganeer about “saving the working class.” Public townships are a world apart from Beijing's enclaves, but they “share two characteristics: they are enclosed within walls and behind gates, and both require exclusive membership, in the form of registration or property rights or both.” He notices that “while the burden of governing in middle-class neighborhoods is becoming lighter,” in less affluent cities “social distress is attracting more resources, heavier governing practices, micro-governing.” A retired worker summarizes: “the poorer a place, the more numerous the cadres.”

Everyone acts for collective and self interest. As Tomba points out, “The grannies in Shenyang have mobilized to protect...what is left of their once generous industrial working class benefits. The Beijing homeowners watch over their right to see a contract honored and more autonomous lifestyle fulfilled, at least in their backyard.” The alleyway aunties tyrannising Shenyang parallel Beijing's imperious homeowner committees. A manager there trumpets “the 3-in-1 system: management company, developer and community, all under the supervision of the Party.” True, there are 450,000 civil representative bodies in China, but most are GONGOs, sinews of state power which strictly circumscribe real popular rights of dissent.

Officialspeak is harnessed by all: “community activists use the language of patriotism to justify their grievances against real estate developers; disgruntled ex-workers invoke the socialist spirit of central policies to frame their dissatisfaction with local leaders; the same discourses of 'harmony', 'quality' and 'security' are equally used by the state to justify intrusive policing...and by real estate developers to sell prestigious properties to status-hungry families.” Wrapping up in the flag
“shields limited social action from repression.” There are protests but they are highly localized, strictly controlled and often mediated positively by officials: “When limited conflicts erupt...their effect might well be to reinforce the overall legitimacy of the state rather than to undermine it.” The daily concerns of Chinese – real estate, pollution, healthcare – may be debated; the Party's authority may not.

Above all, Chinese urbanization is a civilizing project: “Morality, nation building, patriotism, human quality (suzhi), and modernization” transcend “the societal autonomy (normally) associated with the emergence of a civil society.” The concept of suzhi recurs repeatedly in social discourse. “The educated and affluent groups inhabiting the new compounds become exemplars of a self-responsible, well-behaved, high-suzhi citizenry,” and thus a strong nation. Importantly, though, “high suzhi citizens enjoy a significant (albeit spatially limited) autonomy to govern themselves and successfully avoid the direct control of public neighborhoods.”

Now we understand Mann's puzzle of the illiberal masterclass, “the most responsible citizens who, by virtue of their higher suzhi, will secure the reproduction and strengthening of Chinese civilization.” In Tomba's words, this “justifies the deficit of citizenship rights imposed on less accomplished social actors” such as migrant workers, who might otherwise resort to violence. “China's educated, increasingly wealthy, conflict-prone, but reliably nationalistic middle-class has become an agent for the development of a harmonious nation.” The homeowner class, and particularly the SOE families, “reproduce and amplify the dominant discourses of the state: order, suzhi, patriotism.” As Tomba concludes: “my middle class neighbors appeared more as staunch supporters of than as challengers to the Chinese regime, particularly with regard to social stability.”