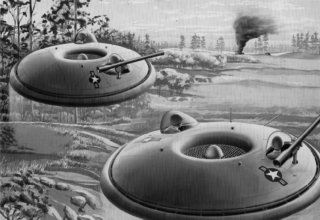 Here's What You Need To Remember: Rather than a high flying saucer, the Army’s Avrocar was little more than a slow moving hovercraft. The project was canceled in 1961 and the Canadian firm closed its doors a year later.