This “Unsophisticated” Interceptor Was Russia's Best Bet At Killing U.S. B-52 Bombers 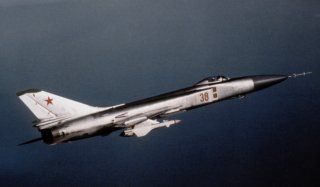 David Axe served as the former Defense Editor of the National Interest. He is the author of the graphic novels  War Fix, War Is Boring and Machete Squad. This article first appeared earlier this year.