A-10s vs. the Iranian Navy? It's Not as Crazy as it Sounds 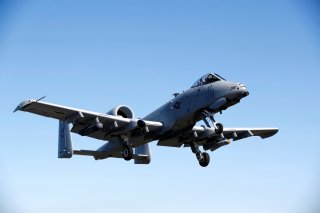 Here's What You Need to Remember: Interestingly, A-10s carrying out maritime attack missions is an old-school role for the plane, as the Warthog was originally envisioned in part as a sea attacker.