12,000 U.S. Troops Once Surrendered to the Japanese Military 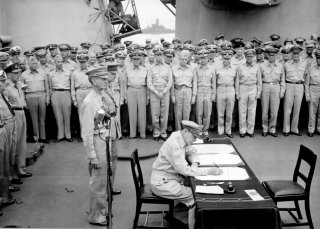 Here's What You Need to Remember: Under the cameras of Japanese photographers and the contemptuous glare of Japanese officers, Gen. Jonathan Wainwright surrendered the last of the U.S. garrison in the Philippines.

Michael Peck is a contributing writer for the National Interest. He can be found on Twitter and Facebook. This article first appeared in 2017 and was republished due to reader demand.