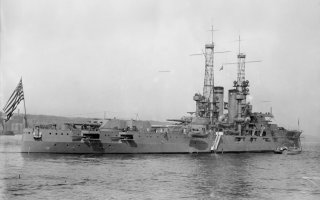 Here's What You Need To Remember: Efforts to salvage the wreck of USS Utah failed. Her service in the war lasted about fifteen minutes, but she nevertheless earned a battle star. The service was hardly irrelevant, as the torpedo that hit Utah might have hit another US warships, resulting in the deaths of more sailors.

Robert Farley, a frequent contributor to the National Interest, is a visiting professor at the United States Army War College. The views expressed are those of the author and do not necessarily reflect the official policy or position of the Department of the Army, Department of Defense, or the U.S. government. This article first appeared last year and is being republished due to reader interest.