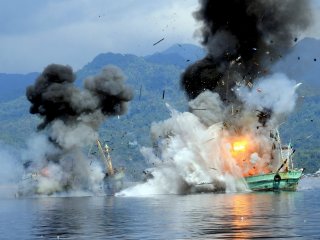 Here's What You Need To Remember: Why did a mere eight burning ships disrupt a huge invasion? Simple — a hellburner might have incinerated Spain’s naval might in one blow. Though Giambelli apparently never built another hellburner for the British or anyone else, the knowledge that he could, and was in England, bent the arc of history.

This piece first appeared in WarIsBoing here several years ago.