In 1935, the United States Military Bombed a Volcano 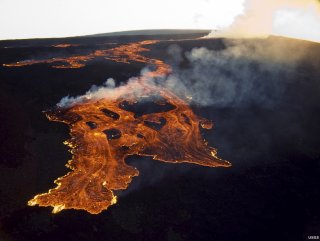 Here's What You Need To Remember: This would not the be last time that Mauna Loa would feel the wrath of American airpower. The U.S. Air Force returned to bomb Mauna Loa in 1975 and 1976, in an experiment using 2,000-pound bombs to divert lava flows.