In 1976, Israel Took a Chance to Terrorize the Terrorists 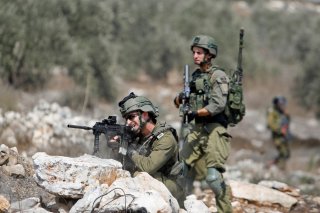 Here's What You Need to Remember: Terrorism is all about creating fear, or more accurately, helplessness. The message of terrorists is that they can strike us at our airports and supermarkets and concert halls, and there is nothing we can do about it. Therefore we must submit to their demands or submit, like a dog that has been kicked too much.

July 4, 1976, was a special day for America, Israel and international terrorism.

In America, it was the bicentennial, the two hundredth anniversary of the Declaration of Independence. For Israel, it was a day of redemption, after its commandos had rescued 102 hostages from pro-Palestinian hijackers at Entebbe airport, Uganda.

Alas for terrorists, July 4 was a black day. Now it was their turn to be terrorized. Every time they hijacked a plane, they would have to ask themselves: was there a commando team lurking in the darkness, waiting to storm the aircraft in a blaze of gunfire?

But on that Fourth of July in 1976, there was nothing for the terrorists to fear. Looking back forty years, it’s depressing how little things have changed. Today it is suicide bombers, but in the 1970s, the terror spectaculars were airliner hijackings. Wikipedia lists forty-four hijackings during that decade, committed by an assortment of Palestinians, European and Japanese radicals, African-American militants, Croatians, Kashmiris, Lithuanians, criminals, lunatics, and anyone else with a grievance, gun or grenade. Some hijackers surrendered; others found sanctuary in places like Cuba and Algeria. But rarely did police or soldiers attempt to storm the aircraft and rescue the hostages.

So when four terrorists—two Palestinians and two German leftists—hijacked Air France Flight 139 as it departed Athens on June 27, 1976, they had every reason to feel the odds were in their favor. First, they successfully took over the Airbus A300, which carried 246 passengers, many of them Israeli and non-Israeli Jews. The aircraft first landed in Libya, and then flew to to Entebbe airport in Uganda.

Better news awaited them there. Ugandan president Idi Amin—a living example of why syphilis and statesmanship don’t mix—allowed three more terrorists to join their comrades. He also deployed his troops around the airport to protect the terrorists rather than the hostages.

A planeful of Jewish passengers held hostage thousands of miles from Israel, and guarded by armed soldiers as well? What more could a terrorist ask for?

In the end, the terrorists didn’t get what they asked for, which was the release of Palestinian prisoners in Israeli jails. But they got what they deserved. A hundred-strong Israeli rescue force, flying aboard four C-130 transports, flew 2,500 miles to Entebbe. They landed on the runway, neutralized the Ugandan soldiers, killed the terrorists, rescued the hostages and blew up Idi Amin’s MiG fighters so they couldn’t shoot down the unescorted C-130s. The cost was three hostages accidentally killed by Israeli fire (a seventy-five-year-old woman was later murdered by a vengeful Amin). The one Israeli soldier killed was Yoni Netanyahu (elder brother of the current Israeli prime minister), shot by a Ugandan guard. Tragic losses, to be sure, but the toll could have been much worse.

Entebbe is one of those textbook military operations that will be studied until the end of time. Not only has the rescue been the subject of multiple movies and books, but American planners kept Entebbe in mind when they devised the raid that killed Osama bin Laden in Pakistan in May 2011.

Brilliant endeavors always look easy in hindsight. Detractors would later say that the Israelis were lucky to be fighting Ugandans led by a buffoon who fancied himself a king of Scotland and blamed his defeat on Israeli “nuclear hand grenades.” It is true that the Ugandan army wasn’t Hezbollah. It is also true that some of the rescue operations that Entebbe spawned haven’t worked out, notably America’s disastrous 1980 Iran hostage rescue, and a bloody Egyptian attempt to storm a hijacked airliner in Cyprus in 1978. Had the Israeli operation failed, it would have gone down as one of history’s most harebrained ideas.

I believe there are three big lessons from Entebbe. The first is that that brains are just as important as technology, something that the Pentagon (and today’s Israeli military) would do well to remember. Entebbe was a remarkably low-tech operation. No drones, GPS or soldiers dressed like Iron Man. The C-130s, jeeps and Uzi submachine guns had more in common with World War II–era equipment than digital twenty-first-century gear.

The second is that chutzpah pays. Israel in 1976 had a reputation for military skill, but it was not the high-tech military power it is today. Had the United States mounted such an operation, there might have been aircraft carriers and B-52s in support. If the Israeli operation went wrong—if a C-130 had crashed, or the commandos been pinned down by enemy fire—they would have been stranded in the African jungles 2,500 miles and an eternity away from help. Who would have expected little Israel to dare attempt such a coup?

But the biggest lesson involves fear. Terrorism is all about creating fear, or more accurately, helplessness. The message of terrorists is that they can strike us at our airports and supermarkets and concert halls, and there is nothing we can do about it. Therefore we must submit to their demands or submit, like a dog that has been kicked too much.

I think that Entebbe has been immortalized not just for its military brilliance, but also because it speaks to something more visceral. It reassures us that we’re not powerless.

Not that counterterror commando raids are the total solution: America, Israel, Britain, France and other nations have killed plenty of terrorists, and still the bombs go off.

And as today’s world reels under massacres in Paris, Orlando and Istanbul, it is too easy to feel helpless. Too easy succumb to the despair that suicide bombers and murderous gunmen, just like airplane hijackers in the 1970s, are a fact of life, to be accepted like the weather.

Entebbe is a reminder that the only people who can make us feel helpless are ourselves.