In 1986, a Pakistani F-16 Almost Killed a Russian Vice President 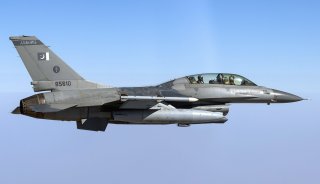 Here's What You Need to Remember: On November 3, 1988 the PAF would bag its final jet kill when Lt. Khalid Mahmood shot down a DRAAF Su-2M4K. Pakistan formally credits its F-16 pilots with 10 kills during the conflict, while Soviet records confirm the loss of three Su-22s, an Su-25 and An-26.