In 1989, the Battleship USS Iowa Had One of Its 16-Inch Guns Explode 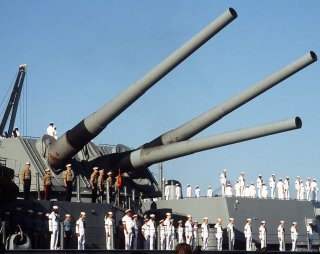 Key Point: Rules were broken and deaths resulted. In fact, some of the officers tried to hush up the real cause, only to be eventually found out.