In 1999, U.S. Stealth Fighters Had a Rude Awakening Over Kosovo 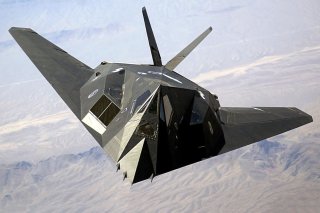 Here's What You Need To Remember: The takeaway, ultimately, is that stealth aircraft are not truly ‘invisible’ to detection, and that sufficiently cunning adversary may find ways to ambush or corner them. However, while Col. Dani’s leadership did exemplify many best practices of air defense warfare, his ambush of Vega-31 does not offer a ‘cookie-cutter’ solution to combating stealth aircraft, particularly as both low-observable airplanes and the SAM systems and fighters hunting them improve in capability.

At 8 p.m. on March 27, 1999, a bizarre-looking black painted airplane cut through the night sky over Serbia. This particular F-117 Nighthawk—a subsonic attack plane that was the world’s first operational stealth aircraft—flew by the call sign of Vega-31 and was named “Something Wicked.” Moments earlier, it had released its two Paveway laser-guided bombs on targets near the Yugoslav capital of Belgrade. Its pilot, Lt. Col. Dale Zelko, was a veteran with experience in the 1991 Gulf War. A dozen Nighthawks had deployed to Aviano, Italy on February 21 to participate in Operation Allied Force—a NATO bombing campaign intended to pressure Belgrade into withdrawing its troops from the province of Kosovo after President Slobodan Milosevic initiated a brutal ethnic cleansing campaign seeking to expel the Kosovar Albanian population.

Suddenly, Zelko spotted two bright dots blasting upwards through the clouds below, closing on him at three-and-a-half times the speed of sound. These were radar-guided V-601M missiles, fired from the quadruple launch rails of an S-125M Neva surface-to-air missile system. Boosted by a two-stage solid-fuel rocket motor, one of the six-meter long missiles zipped so close that it shook Vega 31 planes with its passage. The other detonated its 154-pound proximity-fused warhead, catching Zelko’s jet in the blast that sprayed 4,500 metal fragments in the air.

However, low-bandwidth radars are imprecise and cannot provide a ‘weapons-grade’ lock. However, that the NATO mission planners had complacently scheduled the stealth bombers on predictable, routine flight patterns. Worse, the Serbs had managed to break into NATO communications and could overhear conversations between U.S. fighters and the airborne radar planes directing them, allowing Dani to piece together an accurate picture of those routines.

Therefore, Dani kept the battery’s targeting radar inactive, but cued them towards the approximate position of the stealth aircraft reported by the P-18 radar. Obligingly, the battery’s P-18 radar detected Something Wicked and three other F-117s—but when the high-band targeting radar activated for a twenty-second ‘burst,’ it couldn’t acquire a target.

The F-117 shootdown was embarrassing, though fortunately non-fatal, episode for the U.S. Air Force. It has been endlessly cited since as ‘proof’ that supposedly radar-invisible stealth planes could ‘easily’ be shot down by even dated Soviet-era SAM systems.

However, getting a platform with a high-bandwidth radar or heat-seeking weapons close enough to actually shoot at a stealth plane remains a major challenge. After all, the stealth jet could detect and simply avoid or shoot at an approaching threat. Dany benefited from having good intelligence of the F-117’s flight path that allowed him to position a missile battery very close to Vega-31’s avenue of approach.