In 2003, an Entire Chinese Navy Submarine Crew Might Have Suffocated To Death 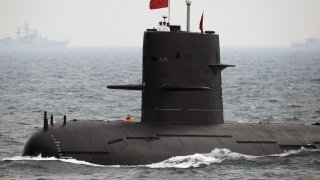 Here's What You Need To Remember: The crew may have been suffocated to death by chemicals or exhaust.