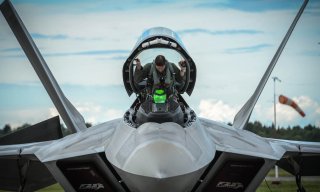 Here's What You Need To Remember: Air Force Secretary Heather Wilson in mid-March 2019 told lawmakers that the flying branch's five front-line Raptor squadrons likely would fall short of 80-percent readiness. This despite the flying branch withdrawing F-22s from the Middle East, ending five years of continuous Raptor operations in the region.