By 2030, The World's Naval Power Will Have Shifted East 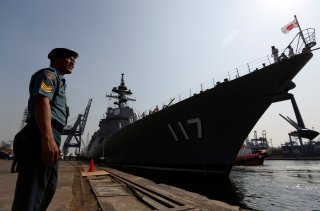 Here's What You Need To Remember: The combination of a downturn oil prices and Western sanctions from its annexation of the Crimea will put a crimp in Russia’s economic stride for the near future. After economic growth of up to six percent annually, the bear is in recession with no immediate end in sight.

Under current plans the U.S. Navy should reach its three-hundred-ship goal between 2019 and 2034, but after that period the number of surface combatants begins to drop. These plans also assume a higher than average shipbuilding budget, while at the same time the service must compete with the budget demands of other services—particularly the Air Force—and domestic programs. While U.S. naval superiority isn’t ending anytime soon, the period after 2030 will be a critical one.