This .22 LR Pistol Comes Standard with a 33-Round Magazine 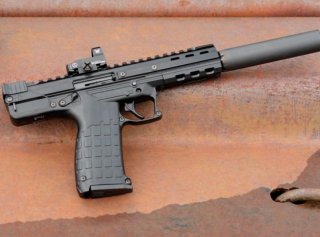 Here's What You Need To Remember: One of the biggest pluses for this pistol is the easy setup. You can go from shop to range and experience the great base that is the Kel-Tec CP33 instantly, which makes this an excellent handgun for beginners.

Based on the above information, you can probably see why the CP33 has flown off the shelves since its debut. Finally, the fact that the pistol sells regularly for less than $500 makes it all the more enticing to add to your gun safe this year.

This article first appeared on Gun News Daily on August 14, 2019. It is being republished due to reader interest.