29 Million Underwater: The IRS Is Drowning in Late Tax Returns 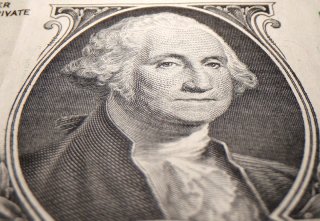 Here's What You Need to Remember: the IRS is handling a lot more than just usual tax season- they’re also grappling with what the American Rescue Plan, and the 2020 Consolidated Appropriations Act before that, means for tax laws, as well as the functions of the IRS.

The number of tax refunds being held up by the IRS is 29 million, CBS News reported this week, citing the IRS’ Taxpayer Advocate Service. This followed a recent warning from the IRS that tax refunds may take longer than usual this year.

The 29 million figure came from a blog post, from the National Taxpayer Advocate blog, late last month. It is possible that that number has changed to some degree in the two weeks since.

“Over the years, the IRS has gotten quite good at processing tax returns and issuing refunds quickly and efficiently. The IRS website says that normal It’s processing time for an electronically filed return is 21 days, but in reality, millions of taxpayers receive their refunds even quicker — sometimes within a week, sometimes in days,” that blog post said.

“Similar to past years, IRS employees are working tirelessly to get taxpayers their much-needed refunds as quickly as possible. However, a combination of the high volume of 2020 tax returns requiring manual processing, the backlog of unprocessed 2019 paper tax returns, congressional mandates to issue economic impact payments (EIPs) and provide other relief to taxpayers during the pandemic, limited resources, and technology issues have contributed to more refund delays and longer refund delays than are typical in a normal filing season.”

The post went on to say that 91 million 1040 tax forms have already been processed, with 68 million refunds processed to date.

However, the tax season has been “challenging at best” so far, the blog post said. That’s because the IRS is handling a lot more than just usual tax season- they’re also grappling with what the American Rescue Plan, and the 2020 Consolidated Appropriations Act before that, means for tax laws, as well as the functions of the IRS.

“Any inconsistencies between the IRS’s records for the EIP and the recovery rebate credit (RRC) reflected on a taxpayer’s 2020 Form 1040 or Form 1040-SR, U.S. Tax Return for Seniors, require manual review and corrections before processing,” the report said. “A manual review of a tax return is also required if the taxpayer elected the 2019 ‘income lookback’ to calculate the Earned Income Tax Credit (EITC) or the Additional Child Tax Credit (ACTC.)

According to the CBS report, taxpayers have been taking to social media complaining about the wait times for their tax refunds. In part, that’s because the IRS has limited abilities to help people access their refunds, as the agency itself warned in March.

“TAS understands the frustrations and hardships caused by these unprecedented circumstances. Please be patient if you learn your refund claim is not yet processed and understand why TAS cannot accept your case at this time. We continue to work with the IRS to identify ways to address this backlog,” TAS said.