5 Best Planes to Ever Fly from Aircraft Carriers 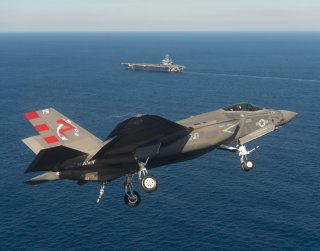 Here's What You Need to Remember: Despite its flaws, the Phantom proved you could combine speed, heavy payload, advanced sensors, and (eventually) decent agility in one large airplane, a principle which informs modern fourth-generation jets such as currently-serving FA-18E/F Super Hornet.

There have been many variants of the Harrier built by various manufacturers, but their basic appeal was always the same: their vector-thrust turbofans allowed them to takeoff and land vertically like a helicopter from the deck of a small amphibious carrier or a remote forward bases lacking traditional runways.