5 Best States To Work Remote (Based on Taxes) 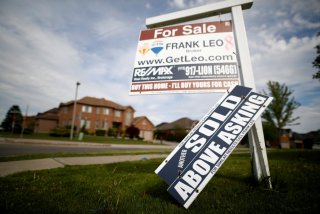 Here's What You Need to Remember: With an incredibly low property tax rate of 0.30% per year, Hawaii has the lowest effective property taxes in the nation.

The pandemic has stretched budgets thin, particularly in high-rent cities like New York and San Francisco. If your job allows you to work from home, why not make your home somewhere affordable? If you don’t mind longer commutes, here are the five most attractive states for homeownership, based on Zillow estimates of property values and taxes via Investopedia.

West Virginia is an attractive destination for homeowners because of the low housing price. With an average home price of $107,064, West Virginia’s houses are the cheapest in America. Therefore, at a rate of 0.55%, this low cost makes the average annual property tax only $593 in West Virginia – the lowest in the nation.

During the pandemic, you’ll also be comparatively safer than in a city; West Virginia has launched one of the most effective vaccine rollout programs in America.

With a property tax rate of 0.55% and a median home value of around $250,000, the average Wyomingite spends just over $1400 on annual property tax. If you live in Wyoming, you’ll also save money in other ways. Partly because of rents from natural resources, the state has no income tax, and its sales tax is 4%, one of the lowest rates in the country.

You’ll also have plenty of space to yourself. Wyoming is the least populated state in the Union; it has just under 600,000 people, while California, America’s largest, has nearly 40 million.

The state also benefits from one of the lowest gasoline taxes in the nation, at only 20 cents per gallon. This makes Louisiana gas the cheapest in America – another way to save money, especially if your commute is long. ﻿

Sweet home indeed: Alabama has a property tax rate of just 0.40% per year. It also has one of the lowest median home values in the country, at $150,000. This means that annual property taxes are a meager $600.

This low price comes as a function of Alabama’s low median income; it is also one of the poorest states in the Union. However, it’s an attractive destination for homeownership.

With an incredibly low property tax rate of 0.30% per year, Hawaii has the lowest effective property taxes in the nation.

However, this comes with a big caveat: the median home value in Hawaii is the highest in the country, at $648,000. This means that, even with the extremely low rate, the average property tax is around $1800 per year, or roughly three times larger than in Alabama and West Virginia. Still, when compared with nationwide averages, this cost isn’t actually all that much.

There is also the question of living in Hawaii, which is regarded as the most expensive state in America because of its high price for utilities and basic goods. Some have argued that Hawaii’s natural beauty, good weather, and access to entertainment options justify this cost. However, if you’re looking to save money, the Aloha State probably isn’t for you.