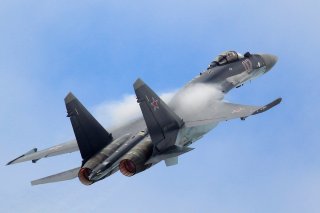 Here's What You Need to Remember: The Russian military has gone to war numerous times in the last twenty years, in Chechnya, Georgia and now Ukraine. Russian forces, although often ill-trained and ill-prepared, are resilient and capable. Russia also holds a technological edge over China—for now, anyway.