5 Weapons China Could Use to Pushback America's Military 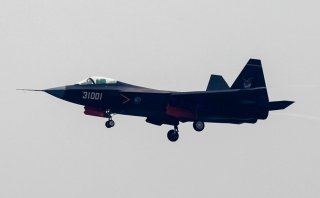 Here's What You Need To Remember: China is seeking to end this advantage, and has geared some of its espionage efforts towards acquiring and replicating US tech in this area.  This has included some cyber-theft, but also several old-style ops in which Chinese businessmen illegally acquired export-controlled tech from US companies.

Robert Farley, a frequent contributor to TNI, is a Visiting Professor at the United States Army War College. The views expressed are those of the author and do not necessarily reflect the official policy or position of the Department of the Army, Department of Defense, or the U.S. Government. (This first appeared several years ago.)