The 5 Worst Handguns Made by Man 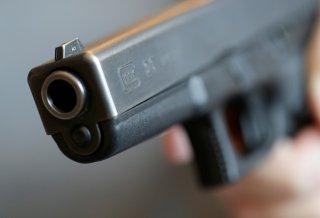 Here's What You Need To Remember: They jam, they don't have good firing power, they're overly complicated, or worse.

Handheld firearms have existed in one form or another since the thirteenth century. Despite their long history, there have been relatively few real, genuine clunkers in the world of handguns. The close engagement range of handguns—typically zero to twenty-five feet—means that a handgun operator will often have little or no chance to clear a jammed weapon, and therefore complete, absolute, unqualified reliability is a must. Nevertheless, some handgun clunkers became famous, popular, or both.