500 Ships in The US Navy? It’s Not Such a Pipe Dream Anymore 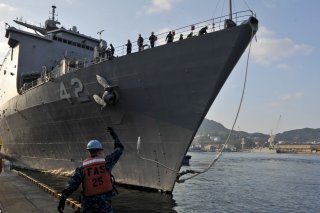 Here's What You Need to Remember: “The aircraft carrier is still the most powerful platform for power projection, and the concept is still extraordinarily vital. If it was not the Chinese wouldn’t be building aircraft carriers. So they are looking to catch up because they understand you’ve got to deploy power away from your shores,” Wittman said.

“Fleet size considerations need to examine a combination of capacity and capability. So it’s two factors. It’s not only quantity, but its quality. You know, for years, we looked at the Chinese and said ‘they got quantity, but they don’t have quality.’ Well, let me tell you, the Chinese have quality now,” Rep. Rob Whitman -(R) Va., ranking member on the House Armed Services Committee Subcommittee on Seapower and Projection Forces, told The National Interest in an interview.