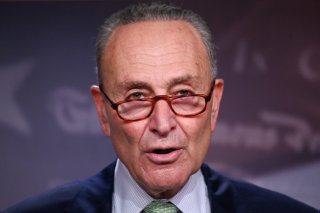 As administration and congressional leaders continue to engage in protracted negotiations about what to do next following the expiration of the $600-per-week federal unemployment benefit bonuses in July, the Senate Democrats’ idea appears to be ancient history, including to the very senators who proposed it.

The apparent reason? Because improving economic conditions around the country are resulting in shrinking unemployment benefit bonuses under the Schumer plan, which ties the size of such bonuses to state unemployment rates.

When AWRA was introduced on July 1, US unemployment for May was 13.3 percent, the highest ever recorded after April’s 14.7 percent rate, and the Congressional Budget Office was predicting unemployment would spike to 15.8 percent in the 2020 summer months. Instead, the strong jobs report released on July 2 showed June unemployment fell to 11.1 percent. By early August, official data suggested that only 56 percent of states would qualify for $600 bonuses under the Schumer plan. On August 6, Senator Schumer effectively repudiated his own state-based approach, saying “We’re with the 600 [dollars]” — meaning he supported continuing $600 unemployment benefit bonuses in every state regardless of the local unemployment rate.

Since then, unemployment has continued to decline sharply, reaching 7.9 percent nationally in September, and the number of states eligible for $600 bonuses under the Schumer plan has plummeted. As the chart below displays, if it were enacted today only 10 states would qualify for $600 bonuses, and 25 states would qualify for $200 or less (including four states where bonuses wouldn’t be payable at all).

Bonuses Payable under the Senate Democratic Proposal, by State

Source: Department of Labor. There are 53 “states” in the unemployment insurance system, including DC, PR, and USVI.

Three other facts stand out about the Schumer plan.

First, states with the highest unemployment rates, thus getting the biggest bonuses, tend to be blue. As the chart below shows, nine out of 10 states that would currently qualify for $600 bonuses have a Democratic governor (the tenth is Republican Charlie Baker in deep-blue Massachusetts). Meanwhile states with the lowest unemployment rates, thus qualifying for the smallest bonuses, tend to be red. Currently, 17 out of 25 states that would qualify for bonuses of $200 or less have a Republican governor, as do three out of four states in which no bonuses would be payable at all.

Bonuses Payable under the Senate Democratic Proposal, by Governor’s Party

Second, reviving $600 bonuses in all states through March 2021, as proposed by House Democrats today, would disproportionately benefit the unemployed in red states, compared with the lesser payments available in those states under the Schumer plan.

Third, under the Schumer plan, bonuses would continue falling sharply in the months ahead. Bonuses are based on a state’s three-month average unemployment rate, which currently includes June, July, and August data. When June (during which US unemployment was 11.1 percent) drops out and September (7.9 percent) state rates are added, bonus payments will fall even more, a pattern likely to recur in the following months.

The fact that unemployment has been falling sharply in recent months is good news for the millions of unemployed American workers, as it indicates that many are returning to work. The unemployment benefit bonus proposal introduced in July by Senator Schumer and Senate Democrats — linking continued bonuses to state unemployment rates — suggests that such progress should lead to reduced unemployment bonuses. But in the face of declining unemployment and thus declining bonuses, that idea has now been rejected by its own author. Indeed, Senator Schumer recently reiterated his support for “$600 in weekly emergency unemployment insurance” bonuses in all states, as House Democrats propose. His July state-based bonus legislation, which today would provide far less in most states and no bonuses in some, went unmentioned.