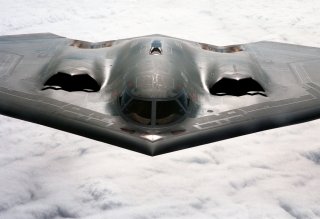 Here's What You Need to Remember: This is extremely significant, as bombers are by design built to be entirely undetectable to both high-frequency engagement radar as well as lower-frequency surveillance radar. Surveillance radar often stops short of being able to closely track, target or “engage” an aircraft, it can often determine if something of relevance is simply in the area.

Kris Osborn is the new Defense Editor for the National Interest. Osborn previously served at the Pentagon as a Highly Qualified Expert with the Office of the Assistant Secretary of the Army—Acquisition, Logistics & Technology. Osborn has also worked as an anchor and on-air military specialist at national TV networks. He has appeared as a guest military expert on Fox News, MSNBC, The Military Channel, and The History Channel. He also has a Master's Degree in Comparative Literature from Columbia University. This first appeared earlier and is being reposted due to reader interest.