After Brexit: Will the U.S.-UK Deal Get Tariffs Down to Zero? 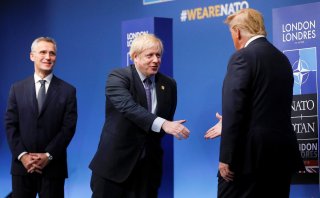 U.S.-UK trade talks are in progress, although conducting them over Zoom or Skype (or however they are doing it), rather than in person, is likely to slow things down. At a House Ways and Means Committee hearing yesterday, U.S. Trade Representative Robert Lighthizer indicated that these talks were “unlikely” to be completed this year.

Nevertheless, these are real, substantive talks, and it’s worth paying attention. When it gets done, what kind of trade deal will this be exactly? Some of the Trump administration’s early trade re‐​negotiations (NAFTA, the Korea‐​US FTA) added more protectionism than liberalization, and its completed negotiations (with Japan and China) did not liberalize very much. What would a U.S.-UK trade agreement do?

One of the strongest pro‐​trade voices in Congress, Senator Pat Toomey, tried to get at this point in a Senate Finance Committee hearing with Lighthizer yesterday (he had a busy day!). In particular, Senator Toomey want to know the degree to which tariffs would be cut in a U.S.-UK FTA. Here’s what he asked (1:18:40 of the video):

I’d like to get a little bit better understanding of your plans and your goals with the US/UK free‐​trade agreement, which as you know I’m enthusiastic about. I’d like to better understand what your goal is, what you’d like to see as the outcome. What would be the ideal arrangement? I think I heard you say that we’re not likely to get to zero tariffs on everything, and I wonder is that just a practical reality, given the inevitable reluctance on the part of the UK to give up tariffs on certain things, or do you go in with the goal of not having zero tariffs on certain things, and if so which are those things. I’d just like to get a better understanding of how you’re approaching this agreement and what you would like to get out of it.

When you hear references to “free trade agreements,” you might think that means all tariffs are eliminated. In reality, while NAFTA got pretty close to zero tariffs, most trade agreements actually leave many tariffs in place. Senator Toomey made reference to “practical reality” here, and he is certainly right about how things tend to work. But I liked how he also said this: “do you go in with the goal of not having zero tariffs on certain things.” With the Trump administration and its negotiating record, that is definitely worth asking.

… In terms of the goal on the US-UK, from our point of view we want an agreement that goes across all sectors that’s as high a standard as one can have. Do I think we’ll go to zero tariffs, no, I don’t, and will I support zero tariffs in all areas, no I won’t either. For example, I think we’re going to find agricultural areas, and there are sensitive areas in both our economies. The secret is to have as much, be open and free as we can, given the political circumstances in each country. And I think that a lot of the fight is going to be over SPS issues and things like that, the kinds of stuff where you and I completely agree.

In a sense, Lighthizer’s answer is correct and simply acknowledges political realities. At the same time, I’m fairly confident that if Senator Toomey were leading a trade negotiation, he would be pushing for both sides to lower their tariffs as much as possible, and we would get pretty close to zero. As they say, personnel is policy, in trade policy just like everywhere else.

This article by Simon Lester first appeared in CATO on June 18, 2020.