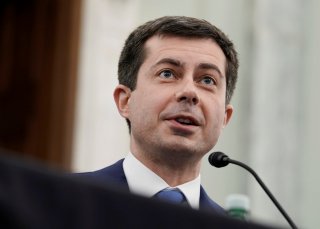 President Joe Biden’s Cabinet and top appointees will likely be the most diverse in U.S. history. He says they were purposely chosen to “look like America.”

As a scholar of how age is viewed in society, I study age as a major demographic grouping. With regard to President Biden’s Cabinet choices, my question is how diverse these appointments are in terms of age, and whether this matters.

At 78, Joe Biden is the oldest American president. Vice President Kamala Harris is 22 years younger. Most U.S. presidents and vice presidents are closer in age. Mike Pence, for example, is 13 years younger than Donald Trump.

However, there are a few exceptions from recent history. President George H.W. Bush was 23 years older than Vice President Dan Quayle. The other notable exception is the 19-year age difference between President Barack Obama and Vice President Biden. That close working relationship may in part explain Biden’s comfort with choosing a running mate and top advisers who are much younger.

As for other Cabinet members, no nominee is as old as the president. Those currently being vetted or already on the job range in age from 39 to 75, with an average age of 56.

For example, funding for long-term care is an issue that affects all generations, although it’s typically associated with seniors.

According to research from AARP and the National Alliance for Caregiving, over 50 million adults in the U.S. provide unpaid care to an adult or child with special needs. Because of shrinking family sizes and the fact that more seniors are living into their 80s and beyond, middle-aged adults and older are increasingly being called on to care for older relatives. Younger parents, meanwhile, may want to increase long-term care supports for children with special needs.

Another example is the debate over student loans. Forgiving college debt might not be a personal priority for older people, but an educated workforce unburdened by debt helps drive the economy. With the ratio of working-age to nonworking-age adults declining rapidly, an increase in worker productivity associated with a more skilled workforce can generate the tax revenues to support Social Security and other government benefits for retirees.

And then, of course, there’s the environment. Younger people are more likely to see climate change as an urgent issue, while older adults might downplay environmental concerns in favor of economic productivity. Having both perspectives can balance a strong economy with a livable environment for future generations.

There’s a popular view that different generations have distinct political identities. According to this theory, major social and political events shape generations of voters.

For example, the silent generation, born between 1928 and 1945, experienced the Great Depression and slow recovery. They consistently hold the most conservative political ideology.

Baby boomers, who came of age during the tumultuous cultural revolution of the 1960s, by and large rejected traditional values in their youth. They were known for their antiwar slogans and social justice demands. However, many have grown more politically conservative over time.

Age-based political theories are based on aggregate behaviors. They do not predict the political persuasions of an individual voter or political leader. After all, Sen. Bernie Sanders, at 79, is one of America’s most progressive senators.

Age is especially less likely to determine political allegiance among racial and ethnic minorities. These groups tend to vote more Democratic regardless of age.

In looking at this issue more carefully, average age and age diversity of Cabinet nominees are likely to influence policy directions. But other considerations – such as long-term political party identification, individual beliefs about the role of government and demographic factors such as race and ethnicity – also will come into play.