The Air Force Is Already Implementing Its Anti-China War Plans 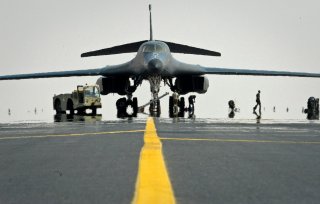 Here's What You Need to Remember: B-2 readiness continues to be a large priority for the Air Force as the service seeks to extend the combat effectiveness of the aircraft for many more years as larger numbers of the new B-21 begin to arrive. While an 1980’s engineered, Cold War aircraft, today’s thirty-year old B-2 is quite different from early models of the stealth bomber.