The Air Force Should Refrain from Retiring These 5 'Old' Aircraft 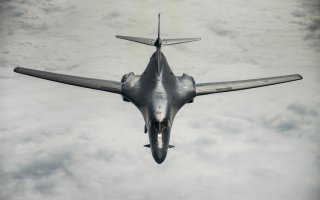 Here's What You Need to Know: Divesting aircraft types means the Air Force could lose the ability to perform certain missions if there’s no real replacement or substitute.

Role: The B-1B is functionally a faster, heavier-lifting B-52.  But it’s not fast or stealthy enough to penetrate modern air defenses, so it’s primarily used as a long-range, long-endurance missile and bomb truck.  This mission has left it in very high demand over Syria and Afghanistan, with a negative impact on readiness.

Role: The A-10 Thunderbolt is a heavily armored attack plane optimized for busting tanks and delivering precision air support against enemies in close combat with U.S. ground forces.  After being saved from retirement by Congress, A-10s recently received new wings to extend their service lives.

Sébastien Roblin holds a master’s degree in conflict resolution from Georgetown, University and served as a university instructor for the Peace Corps in China. He has also worked in education, editing, and refugee resettlement in France and the United States. He currently writes on security and military history for War Is Boring.