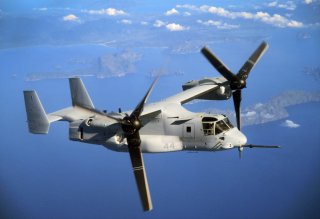 Here's What You Need to Remember: Air Force Special Operators conducting close air support missions would most likely reach optimal functionality should they operate in an area where the United States had air supremacy and could operate without major threats from advanced enemy air defenses.

Kris Osborn is the defense editor for the National Interest. Osborn previously served at the Pentagon as a Highly Qualified Expert with the Office of the Assistant Secretary of the Army—Acquisition, Logistics & Technology. Osborn has also worked as an anchor and on-air military specialist at national TV networks. He has appeared as a guest military expert on Fox News, MSNBC, The Military Channel, and The History Channel. He also has a Masters Degree in Comparative Literature from Columbia University. This article first is being republished due to reader interest.