Airbus’ A300 Beluga Is the World’s Strangest Looking Cargo Plane 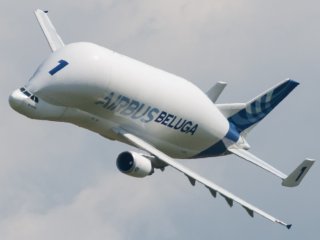 Here's What You Need to Remember: Still, as Airbus’ first oversize cargo plane the Beluga provides a crucial function—and can be seen from miles away.