Is the Aircraft Carrier Already Obsolete? 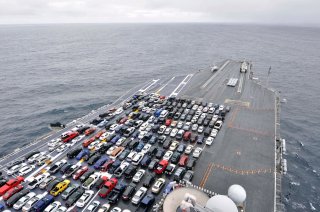